My Weekend At The Race: Treating at the 2013 BMO Vancouver Marathon

I had the privilege of being part of the onsite medical team at this year’s BMO Vancouver Marathon on Sunday, May 5, 2013. I was stationed at the main medical tent at the corner of Thurlow and Pender by the finish line along with other chiropractors, physiotherapists, nurses, doctors, paramedics, volunteers, etc. The day was spectacular. There were hundreds of staff and volunteers and thousands of participants helping make this event a huge success.

Soon after the start of the race, there was a nonstop influx of participants coming into the tent to 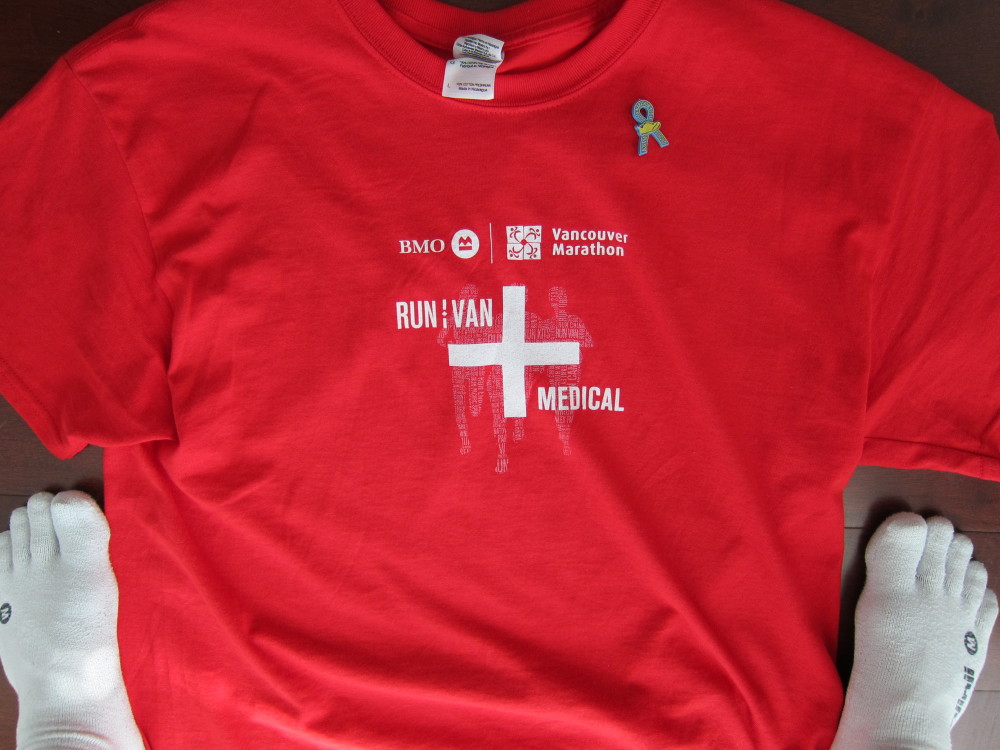 seek medical attention for their injuries and conditions. The nurses’ corner treated many of the blisters, lacerations, and cuts. The paramedic corner was standing ready to take participants with more serious issues to the hospital. The IV corner along the registered nurses saw people suffering from dehydration, extreme fatigue, and heat exhaustion. The medical corner was in charge of treating the more serious conditions and directed the nurses’ and paramedic stations. Our corner, the chiropractic and physiotherapy station, was in charge of all the musculoskeletal conditions.

I treated many different people, majority suffering from muscular pain. Some cases, however, were very interesting and memorable. My most interesting case was of a young female runner who was competing in her first ever marathon. She had only done half marathons prior to this event. She felt pain in her shins and calf muscles after the 35K mark, but was able to mentally push her way to the end and finish the race. After the race, she came in crying because of severe pain. She could not walk and was brought in with a wheelchair. It was evident right away that she was suffering from severe muscle cramping. Both her shins, calves, and her right thigh muscles were in spasms. Her thigh muscles were actually twitching involuntarily. Because of pain and dehydration, she was in a state of panic, nausea, and shivering from chills. I was able to calm her down slightly and put her on the treatment table. I asked her husband and mother, who were with her, to assist me. The mother was talking to her and calming her down, while the husband kept giving her juice and water, and assisting me with some of the treatments. We put a warm blanket on her to stop the chills. After 15 minutes of teamwork, she was able to come down a bit and her muscles stopped twitching and came out of spasm. Finally, I put some ice gel on her and wrapped both her shins with tape. She was able to walk out of the tent on her own.

The second interesting case that I had involved a 45 year old male who was also in his first marathon. He was suffering from muscle spasm in the muscles around his shoulder blades due to repetitive use of the arms to push himself to the finish line past the 47K mark. He mentioned that it was getting hard for him to breathe and he had to move his arms more to breathe easier. He was in moderate-severe pain. The interesting part of this case was not the muscles spasms but the fact that he was bleeding from both nipples from the constant rubbing and shearing of his shirt on his nipples during the race. Although it was painful, the bleeding was not nearly a concern to him. According to him, he had forgotten to put tape on his nipples to prevent bleeding, which is apparently a common measure taken by marathoners.

Overall, the day was glorious and a huge success. It was a pleasure for me to be a part of the event. 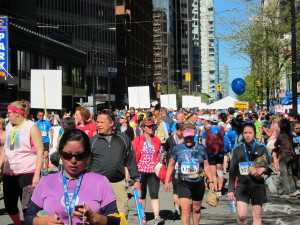 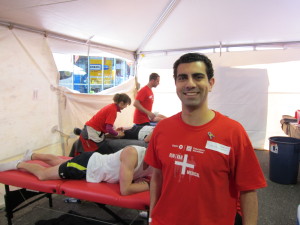 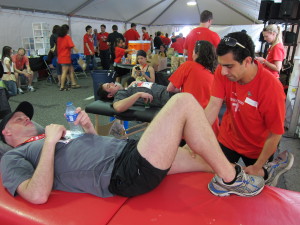 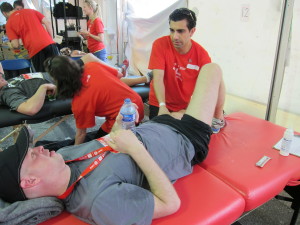 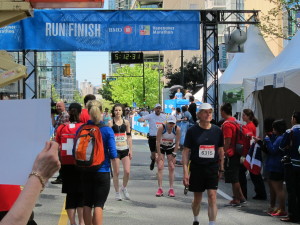 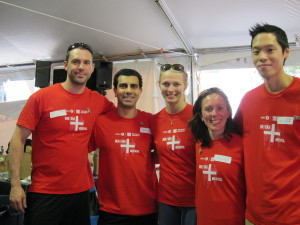